on the night of 23rd June

One of the most lively fiestas in the Teulada-Moraira calendar is the Noche de St. Juan (Sant Joan in the Valenciano dialect). 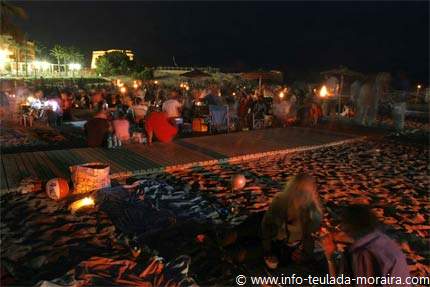 The history of this fiesta has its roots in the purification rituals of pagan festivals, which celebrated the summer solstice through fire. The Astral King, or sun, is at his peak at this time of year, and fire, which was regarded as the source of all life, was used to transfer vitality and strength to those taking part. The bonfires that are an integral part of this celebration also symbolise a burning of the old to give way for the new at the start of summer. It was traditional for the townsfolk to wear coronets of herbs and grasses, which would eventually be thrown on the bonfire. The eve of St. Juan was also the time for people skilled at treating ailments with herbs to pass their knowledge on to others wishing to learn their craft. 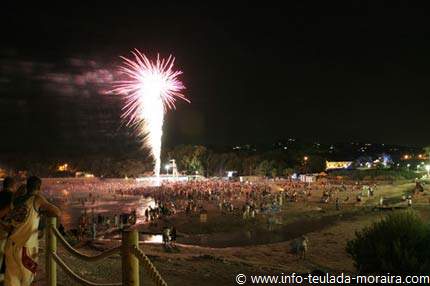 In towns by the sea, such as Moraira, the bonfire is situated on the beach, and water also plays a part in the ceremony, with locals wading into the sea to "cleanse" themselves. In Teulada, a bonfire is built in the Plaza de la Iglesia, and the townsfolk jump over the dying embers of the bonfire, also as a form of symbolic cleansing. 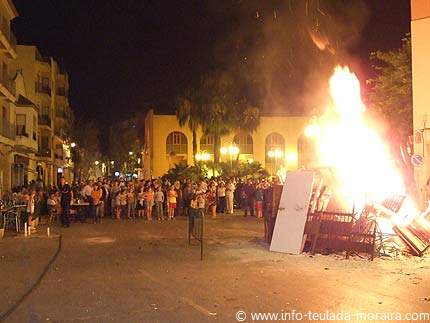 This is the night when wishes should be made: in towns where there is no water, three wishes are written down and thrown into the bonfire. This is particularly relevant for those wishes that deal with removing or averting anything bad or negative. In coastal areas, it is also customary to throw three items into the sea: a rose or flower for love, a coin for wealth and a piece of fruit for health. 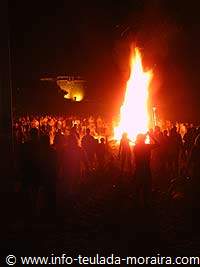 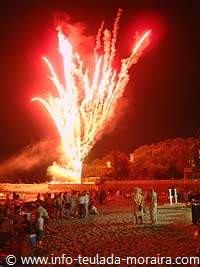 Why not join in the festivities and be a part of this special event, where you can dance the night away under the stars: you never know, your wish may even come true!